The GIH library and its old collections were founded during the time of Pehr Henrik Ling (1776–1839). From the start, the library-collection merely consisted of the most essential books in gymnastics, fencing, physiology and anatomy that were needed for the education of students at the institute. To pay for the books, Ling used money gained from the institute's physiotherapy practice.

The collections grew gradually during the time of Ling's successor L.G. Branting (1799–1881), who had a great interest in literature and made some important purchases for the library. After his death, Branting's voluminous private library was bequeathed to the library.

The Branting-donation consisted of a great part of rare and old gymnastics literature. Another donation came in the late 1800's from C.A. Georgii (1808–1881), who was a professor at the institute and a devoted disciple of Ling. It was Georgii's wife who donated her late husband's valuable old book-collection to the institute. Some 350 of the old medicine books in the library come from another donation of Dr. J. Holm in 1897. Dr. Holm was an English medical doctor and assistant to professor Georgii.

In the 1940s, when the school had moved to the present location next to the 1912 Olympic stadium, new donations were received from Oswald Holmberg, Elin Falk and Ester Swalling.

Highlights in the collection

Much thanks to these early literature enthusiasts, the library holds many rare and unique works on topics such as anatomy and physiology, for example Anatomia. Ex. officina by Thomas Bartholini from 1669, Explicatio tabulorum Anatomicum by B.S. Albinus from 1744 and Medicine et physique by Babtiste von Helmot from 1671.

The collection has a great deal of gymnastics literature, for example the first illustrated book about gymnastics; De Arte Gymnastica by Mercurialis from 1577. The Swedish gymnastic literature is also well represented in the collection by the founder P.H. Ling and his followers, both in Sweden and abroad. The material contains mostly lessons in gymnastics, with descriptions.

The European gymnastics literature is also represented, mostly from Germany, for example Johann Georg Pascha's Kurtze iedoch grundliche Beschreibung des Voltiger, from 1666. It is a handbook about equestrian vaulting with many amusing illustrations.

There are many famous books on the subject of fencing, for example one of the most important Flemish baroque book, Thibault's Academie de l'Espée from 1628, a beautiful magnificently illustrated book about swordsmanship. The first and oldest Swedish book on the same topic is Palaestra Svecana by Porath from 1693. It is mainly based on Salvatore Fabris' famous book about fencing, first published in Copenhagen in 1606.

Where do I find the old books?

Länk till annan webbplats, öppnas i nytt fönster. and the library catalogue of GIH.

The books are organized in the same way as in the open library with one section for each sport. The books of the sports collection cover about 120 meters. All the books are catalogued.

The gymnastic books published before 1950 are organized after language:

The books after 1950 and the books in Swedish are placed together (17 meters), and they are all catalogued. The books in English and Scandinavian are also catalogued, but the sections for German, French and other languages are not.

The old medicine section (70 meters) is not catalogued. Copies of the title leafs are organized alphabetically in folders. There are also smaller sections of phrenology (one meter), electrotherapy (two meters), homeopathy (two and a halv meters), hydrotherapy (two meters) and hygiene (four meters). Physiotherapy is a more extensive section (13 meters), which is also not catalogued.

Some of the older pamphlets are put together in folders according to subject, mostly physical education and medicine. These pamphlets (five meters) are not catalogued.

The archive of GIH contains a small collection of photographs of education in Swedish gymnastics at the Royal Central Institute of Gymnastics. The oldest ones are from the end of the 19th century. Many of the photos are digitized on the web.

There are also some photo albums from the years 1895 to 1956 donated by former students. A list of the photo albums can be found in the library catalogue.

Further photographs can be found at the Swedish National Archives, where the older archives from GIH and The Royal Central Institute of Gymnastics (in Swedish: Gymnastiska Centralinstitutet) are located.

About the old books and history of the library

Länk till annan webbplats, öppnas i nytt fönster.. Journal of the European Association for Health Information and Libraries, vol. 9(1), s. 10-14.

The history of GIH is unique and impressive. In 1813, Pehr Henrik Ling initiated the legendary Ling gymnastics, a Swedish contribution to the history of international pedagogy. 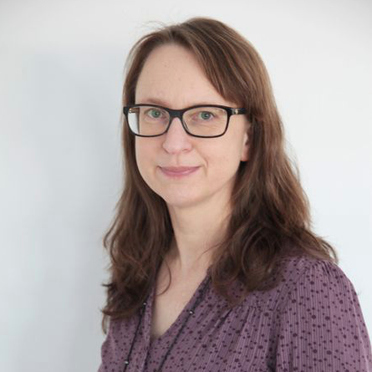